Men’s health comes to the fore on waste trucks 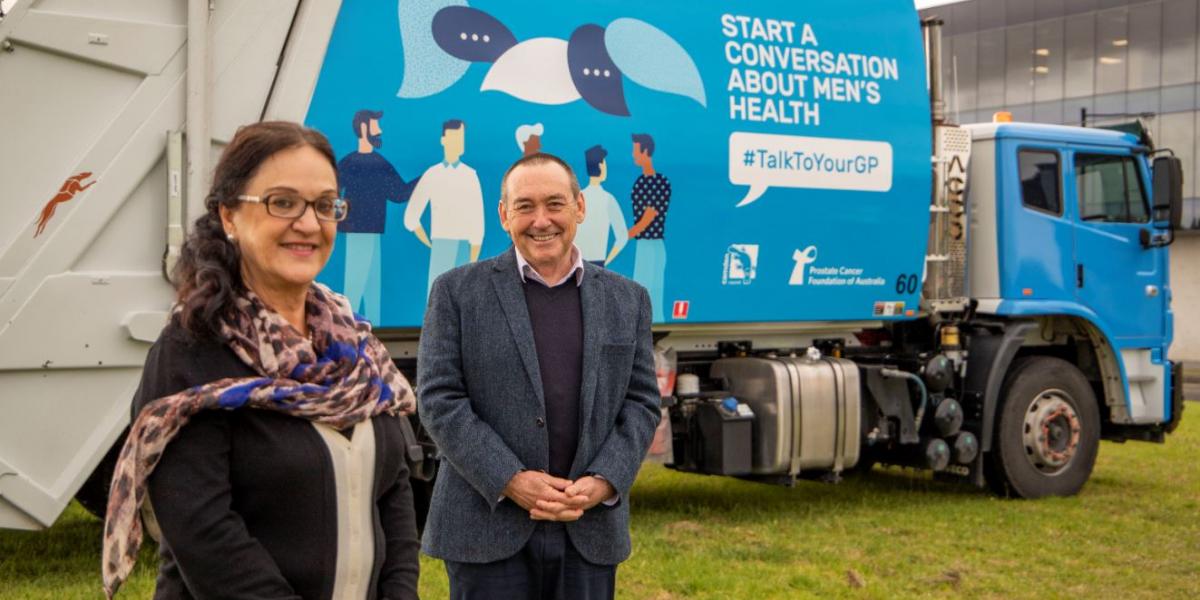 Raising awareness for men’s health has become the latest focal point of Council’s two new waste trucks, which were unveiled in time for Men’s Health Week.

Council partnered with the Prostate Cancer Foundation of Australia and Beyond Blue to produce the designs and messages to promote the importance of men’s health.

“On average, men die six years earlier than women for largely preventable reasons and I believe we should play a part in correcting this figure,” Cr Fedeli said.

“Last year Council had 27 staff members participate in Movember, raising more than $3,000 for men’s mental health and these waste trucks will now spread the message on a more permanent basis.

“The most important thing is to keep conversations about men’s health ongoing within families, workplaces and communities. The more we talk about men’s health, the more it shows the males in our community that it’s vital to check on themselves physically and mentally.

“I thank both the Prostate Cancer Foundation of Australia and Beyond Blue for their continued support around men’s health.”

“This joint campaign shines a spotlight on the physical and mental health of men in our community, in the knowledge that healthy blokes help to create healthier communities,” Mr Dunn said.

“Men impacted by prostate cancer face a 70% increased risk of suicide – and many men walk the journey alone.

“We are proud to partner with Mayor of Camden Cr Theresa Fedeli and the Council to raise awareness and encourage joint action towards creating a healthier, happier community.”

“Beyond Blue is delighted to have Camden Council’s support in raising mental health awareness and reducing the harmful impact of stigma,” Ms Harman said.

“We know that on average six men will take their own life each day in Australia, and unfortunately men are far less likely to seek mental health support than women.

“It doesn’t need to be like this, and Camden Council is playing an important role in changing this.”