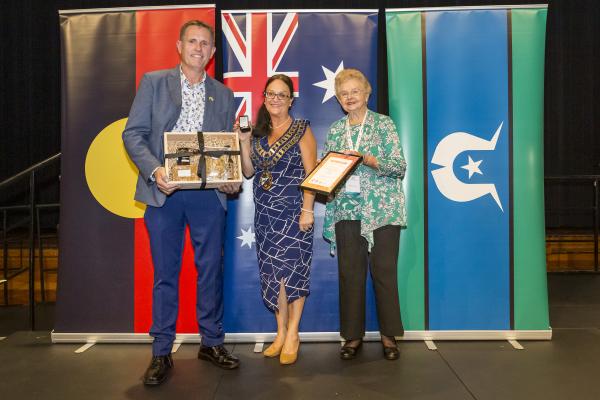 This category is open to Camden residents who have made a noteworthy contribution during 2018 and/or given outstanding service to the Camden community in a non-work-related capacity over several years.

Camden's Citizen of the Year for 2020 is Brett Atkins.

Brett Atkins has made an outstanding contribution to the community of Camden for all of his adult life. Juggling full-time work with his great passion for the community, his family life and volunteering, you will always see Brett with a smile on his dial and a camera, ready to capture Camden, its people, scenery and events.

Brett has been with the RFS Macarthur Zone for 16 years. He is Captain at Menangle Park Brigade and Deputy Captain at Camden West Brigade, holding dual brigade membership. During this fire season, Brett has dedicated any available hours to fighting of local fires, supporting his crew and the community facing the epic challenges the fires have brought with them.

2020 Young Citizen of the Year 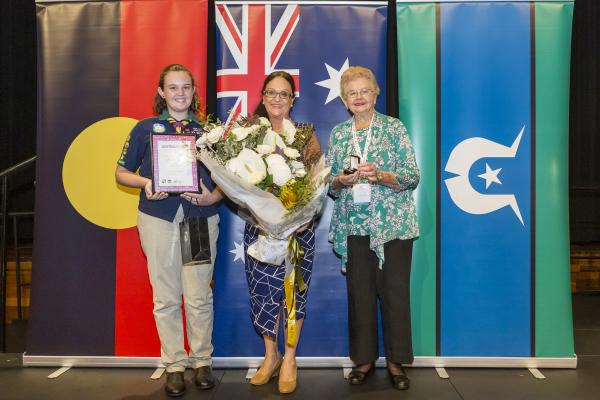 This category is open to young Camden Residents who have given outstanding service and made a positive import on part, or all, of the community in the past 12 months or longer.

Camden's Young Citizen of the Year for 2020 is Rebecca Halcomb.

Rebecca has been a member of the 1st Narellan Scout Group since 2013. During this time, she has developed exceptional leadership and interpersonal skills that have seen her make an outstanding contribution to the group. In 2019, Rebecca was appointed the First Unit Leader for the troop.

In this role she has grown to support (youth) patrol leaders to develop their leadership skills, as well as supporting scouts to engage in the diverse program that is offered. In 2019, Rebecca was Patrol Leader for youth members who attended the 25th Scout Jamboree in Adelaide. Despite being unwell for several days, Rebecca supported the patrol and other youth members during the 12-day trip which included coach travel and camping accommodation.

This category recognises a committed sportsperson, sporting team, coach, volunteer or official, whose actions inspire and encourage others whilst enriching the Camden community through sport, healthy living or physical activity. This category has no age restrictions.

Through her sport, shows leadership, compassion and inclusion with her team mates.

Lily's leadership is often praised by her teachers and coaches in her ability to read a game and organise her fellow team mates so that everyone gets a fair go. Lily will assist younger athletes in teaching and supporting them in technique, and encouraging participation.

Lily is always there to help set-up training drills and pack-up afterwards, she is often the first one at training and the last to leave, assisting with canteen set up and data entry to name a few things. Lily does this across multiple sports including athletics, soccer and cricket.

This category is for a person or group who have made an influential or valuable contribution to the city through any art form, including drama, visual art, music, verse, dance, cultural heritage, expression, literature, film and multimedia.

Camden's Arts and Culture Award for 2020 is Gaylene Feld.

Gaylene Feld has been involved, in a volunteer capacity, with the Camden Art Prize (CAP) since the 1970's. During her time with the Art Prize, the number of entries has increased incredibly. Artists from all over Australia enter and consider the Art Prize a prestigious exhibition to be part of. Gaylene is a very open minded Chair and has moved with the times. The committee has implemented electronic bookings for entries and a Facebook page has been started, and is continually updated.

Gaylene is also involved with the Camden International Friendship Association (CIFA), a Japanese/Australia friendship group, and is involved with hosting and showing Japanese students the local area. 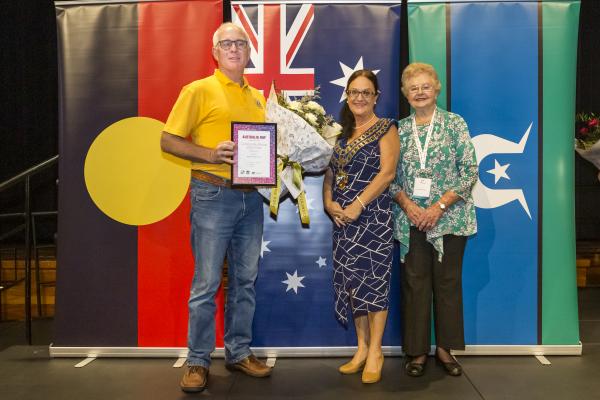 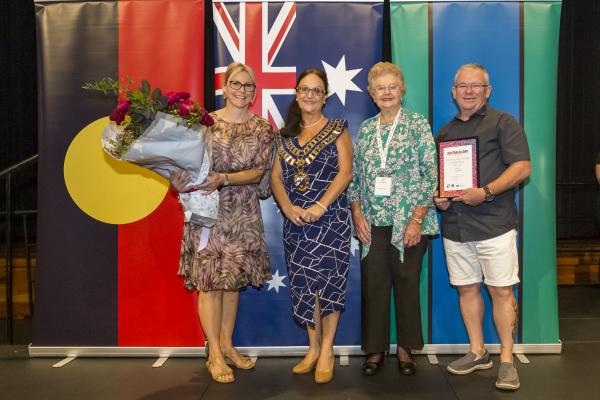 This category recognises groups whose tireless work and close contact with the community encourages inclusivity and continues to make Camden an even better place to live.

The Macarthur Lions Club was formed on 4 May 1981, with the present membership age ranging from 40 - 87. Over the 38 years this club has been active in the Camden community, records indicate a total of 407 members. Their activities have been many and varied, assisting many individuals in need, raising funds in order to assist these individuals or organisations and give time and effort to entertain the community, a present example of this is the Australia Day Parade through Camden.

For the past 10 years, the Macarthur Lions Club have organised the Australia Day Parade in Camden. Each year this has been delivered successfully which culminated in being presented with the 2018 Australia Day Committee Event of the Year award.

Turning Point is a welfare based centre, but more so they are a lifeline to so many disadvantage people and those who find themselves in difficult situations. Their support comes in many ways, emergency food, referrals to government departments and more importantly a sympathetic ear.

Turning Point is a welfare based centre, but more so they are a lifeline to so many disadvantage people and those who find themselves in difficult situations. Their support comes in many ways, emergency food, referrals to government departments and more importantly a sympathetic ear.

Their drop-in days and Friday breakfasts are immeasurable. Turning Point Camden is a not-for-profit community welfare and drop-in centre. It is a place where men and women are empowered to make the necessary changes that will allow them to move forward with their lives.