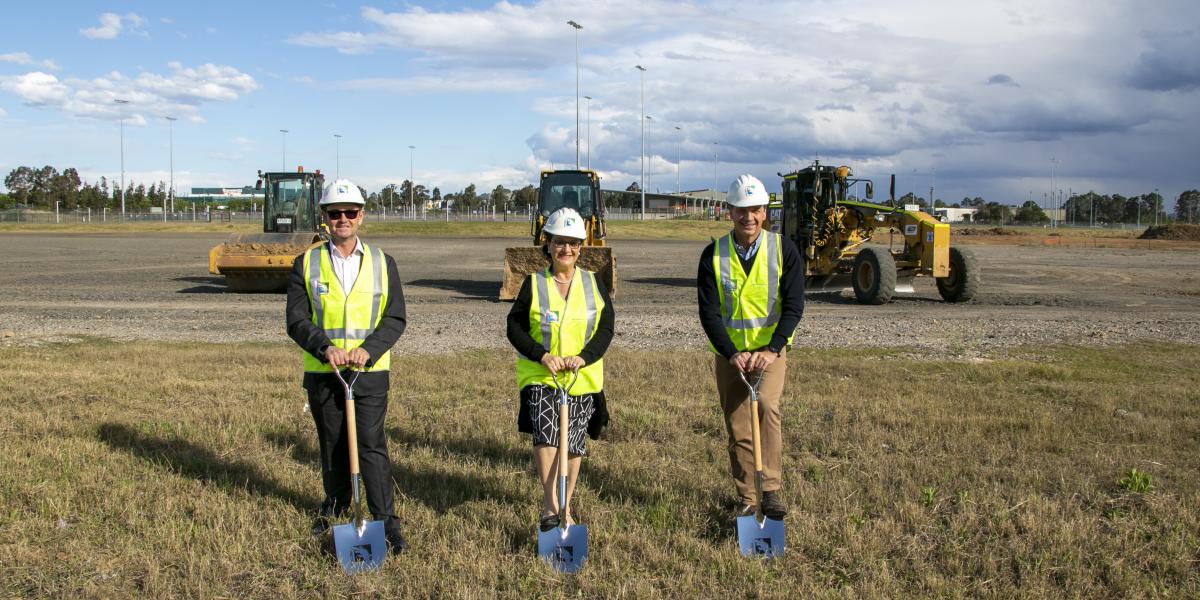 Construction works to build Stage 2 of the Narellan Sports Hub will generate 120 jobs, including the employment of 35 local residents.

The Australia and NSW Governments and Camden Council have together contributed $17.6 million to deliver the new facilities.

Federal Minister for Population, Cities and Urban Infrastructure Alan Tudge said the project was a great example of the Morrison Government delivering local jobs and giving local businesses the boost they need.

“This will deliver for the community now through jobs and an economic boost and for years to come as a vibrant sporting hub.”

Minister for Jobs, Investment, Tourism and Western Sydney Stuart Ayres said over $190 million was being invested in 28 infrastructure upgrades through the Western Parkland City Liveability Program, with $25.9 million going into projects in the Camden Council area.

“This program delivers on those facilities that make a real difference in what it’s like to live in Camden – the difference between being able to book a nearby field for a social game, or having to call around and eventually drive half an hour down the road,” Mr Ayres said.

“And it’s not only delivering quality of life outcomes, it’s delivering on local jobs too, with 120 jobs created and eight local businesses awarded contracts to deliver work in their own community on this project alone.”

Federal Minister for Energy and Emissions Reduction and Member for Hume Angus Taylor said that this was a great opportunity to create local jobs and economic activity for the Macarthur region.

“Federal funding to elevate this premier sports precinct will not only deliver more investment in the Camden community and in our local sportspeople, but also attract competitors and an events program for the region,” Mr Taylor said.

“The benefits of sport for people of all ages cannot be underestimated. I am so pleased to support this fantastic community facility.”

Mayor of Camden Cr Theresa Fedeli thanked both the Federal and State Governments for their continued support for the project.

"This support is invaluable in allowing Council to deliver high-quality sport and recreation facilities for our growing community," Cr Fedeli said.

“Stage two works were funded through $5 million from the Greater Sydney Sports Facility Fund and $17.6 million under the Western Parkland City Liveability Program with the Australian and NSW governments jointly contributing $11.3 million and Council contributing $6.3 million.

"I am so excited to say that, once complete, Narellan Sports Hub will be a popular destination for not only locals but many others across Sydney. It will be remarkable to have the ability to host a number of state competitions across many sports, including netball, athletics, hockey and rugby league.

"Having projects like this begin now, in a time that has been uncertain and unsettling for many dealing with the effects of COVID-19, is really terrific for our community,” Cr Fedeli said.

Member for Camden Peter Sidgreaves MP said when the extra netball courts are completed the Camden and District Netball Association, which currently uses the facility, will be able to hold major State netball competitions.

“Also the facility will bolster more than just the sporting sector. This will help boost our local economy and support our fantastic local businesses. It will also boost tourism as competitors find places to stay and restaurants to eat at in the area,” Mr Sidgreaves said.

Facilities to be completed by December 2021: