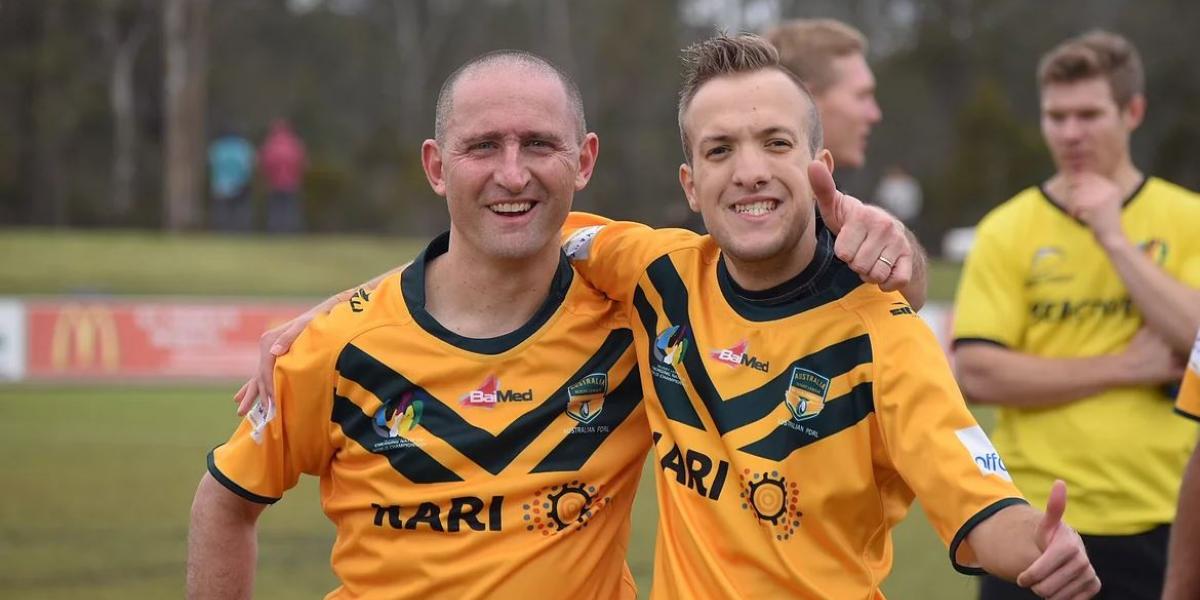 Camden Council is honoured to have Paralympian, George Tonna as its Australia Day 2021 ambassador.

The 46-year-old, who has Cerebral Palsy, has an impressive line-up of achievements, which is a credit to his resilience and strength. He represented Australia at the 2000 Paralympic Games, as vice-captain of the Cerebral Palsy football squad and helped lead his team to be the first Australian football team in history to win a game in the Paralympics, beating Holland 2-1.

In 2010, George formed the NSW Physical Disability Rugby League Association (NSW PDRLA), which gave players with disability a chance to get out there and enjoy the sport. The NSW PDRLA now has five clubs across Sydney, made up of players with cerebral palsy, acquired brain injury, vision and hearing impairments and amputees. He has played almost 100 games for the NSW PDRLA, even representing Australia in the 2018 NSW PDRLA squad against New Zealand.

George said he was honoured to be named Camden’s Australia Day Ambassador for 2021 and was looking forward to speaking to residents.

“I’ve been blessed to be living in Australia with a disability and am grateful for the opportunities that Australia has given me,” Mr Tonna said.

“I am quite honoured to be in a list alongside some very great names in Australia’s history and it means a lot for people with a disability.

“It really shows that if you put your mind to something, anything is possible. I have been able to work overseas in America, Russia and England and start four sporting associations.

“Most recently I started Heroes with Ability where we take rugby league into the school system for people of all abilities. Over 20 to 30 years I have been able to help so many people with so many things and I am proud of that and hope to continue doing it into the future.

Mayor of Camden, Cr Theresa Fedeli, said it was an honour to welcome George to Camden.

“I am truly blown away by George – his can-do attitude, his achievements and his zest for life. It is so inspiring,” Cr Fedeli said.

“To me, this is a day where we celebrate what it means to be Australian and George completely encompasses that. As a nation, we have seen some really dark times in the last 12 months. But the way we pull together, help each other out, hold on to hope and just solider on is what makes Australians great.

“Being Australian is a privilege I am thankful for every day.”

Residents are also reminded to enjoy the Australia Day activities online this year, in order to adhere to COVID-19 restrictions. Residents can enjoy:

For more information about this year’s event, visit camden.nsw.gov.au/whats-on